A Universe of Stories – Mars 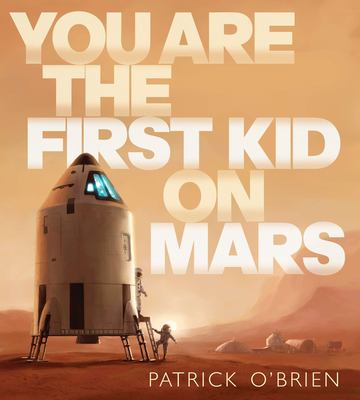 You are the First Kid on Mars by Patrick O’Brien

In the spirit of books that once imagined colonies on the moon, Patrick O’Brien has created a unique look at your first trip to Mars. Using the most up-to-date designs and theories of what it will take to establish a base on Mars, you are off on an incredible journey, over 35 million miles to the red planet. Filled with details, and vividly brought to life, this is an adventure that you are never going to forget. 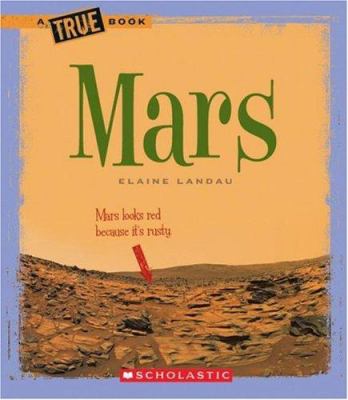 From the First Book series, each volume discusses current knowledge and speculation about its subject, reporting on the planet’s geography, moons, and mysterious features as well as the space probes that have gathered the information. 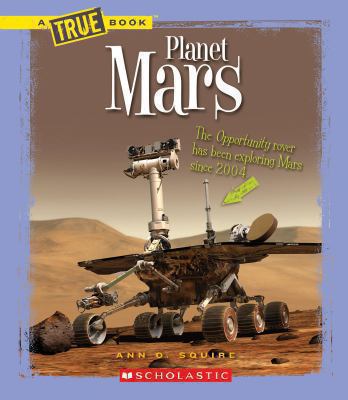 As one of our closest neighbors in the solar system, Mars has long fascinated people who are interested in space exploration. Readers will find out how we have used advanced technology to explore the surface of Mars and why some scientists think they might one day discover life on the fourth planet from the sun. Rabbits on Mars by Jan Wahl

Tired of their hard life on Earth, where dogs chase them, winters are cold, and carrots scarce, three rabbit friends build a rocket ship and journey to Mars in hopes of finding a better life. Life on Mars by Jon Agee

In this sneaky, silly picture book an intrepid-but not so clever-space explorer is certain he’s found the only living thing on Mars. Oliver who would not sleep! By Mara Bergman
Oliver Donnington Rimington-Sneep avoids falling asleep by flying his rocket ship to Mars.
Mousetronaut Goes to Mars by Mark E. Kelly 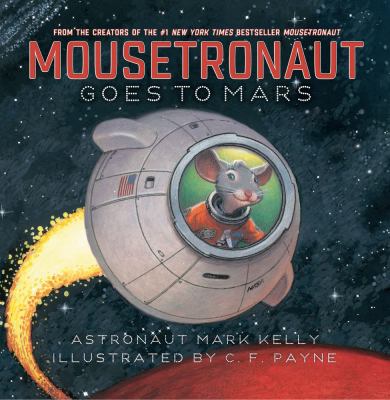 A Universe of Stories – Space Travel

Zelda, determined to be the first chicken in space, carries on with her plans to build a spaceship, complete her training, and design experiments, even if her friends do not want to help.

5 4 3 2 1… BLAST OFF! There’s a tiny little rocket that will take you to the stars, It only flies there once a year, but zips you out past Mars… Jump in for a journey that is out of this world!

All of the bots in Botsburg are powering down for the night … but Bitty Bot isn’t tired! Bitty decides to build a rocket and go on a space adventure instead of going to sleep.

Mabel and Sam at Home by Linda Urban, illustrated by Hadley Hooper

Mabel and her younger brother Sam approach their new home and the trauma of moving by turning it into an adventure, imagining they are sailors approaching a new land, tour guides exploring a museum, and finally astronauts in space.

Nuts in Space by Elys Dolan

An elite crew has finally found the Lost Nuts of Legend. But will they get home before something happens to the nuts?

Where is the Rocket? By Harriet Ziefert

Illustrations and spare text take the reader on a journey in perspective that follows a rocket’s travels from a child’s bedroom to outer space and home again, emphasizing such concepts as near and far, above and below, middle, front, and back.

The Darkest Dark by Chris Hadfield

Young Chris loves pretending he’s a brave astronaut, exploring the universe. Only one problem–at night, he’s afraid of the dark. Only when he watches the moon landing on TV does he realize how exciting the unknown can be. Inspired by the childhood of real-life astronaut Chris Hadfield.

An unlikely trio lands on a planet and keeps the inhabitants at bay using bananas.

Regards to the Man in the Moon by Ezra Jack Keats

With the help of his imagination, his parents, and a few scraps of junk, Louie and his friends build a spaceship and travel through outer space.

If you Decide to Go to the Moon by Faith McNulty

The text allows the reader to participate in every aspect of the journey, from packing (“don’t forget your diary and plenty of food”) to liftoff (at first you’ll feel heavy; don’t worry”) to traveling through space (where “the moon glows like a pearl in the black, black sky”). The reader lands at the Sea of Tranquility, the site of the first lunar landing.

The SpaceAdventurer’s Guide : your passport to the coolest things to see and do in the universe by Peter McMahon

A guide to space travel describes how to prepare and the different trips a person could make, the steps that each trip would involve, and some things to do at each destination.

Meghan McCarthy blasts readers off to astronaut school in her new, young, nonfiction picture book. Take a ride on the “Vomit Comet” and learn how it feels to be weightless. Have your measurements taken–100 to be exact–for your very own space suit.

50 Things You Should Know about Space by Raman K. Prinja

From constellations to space shuttles, Space is as endlessly fascinating as the universe itself. Discover everything you ever wanted to know about space missions colliding galaxies, light years, solar eclipses, the surface of the Sun and much, much more in this exciting title. Snow falls, animals hibernate, and people bundle up, it’s winter! Check out all the changes that come with longer nights and colder temperatures.

Over and Under the Snow by Kate Messner

Over the snow, the world is hushed and white, but under the snow is a secret world of squirrels and snowshoe hares, bears and bullfrogs, and many others who live outside in the woods during the winter. 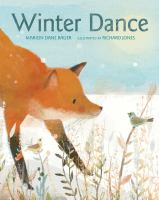 A fox wonders how he should prepare for the coming winter, but what other animals advise will not work for him until another fox comes to his aid.

Copy Me, Copycub by Richard Edwards

Copycub, who imitates everything that his mother bear does, follows her to their den when winter comes and snow begins to fall. Just when William is ready to fall asleep in his cozy cabin, there is a tap on his window. A chilly chipmunk asks to stay, and Will scooches over in bed. “There’s room for two–I’m sure we’ll fit.” The chipmunk is just the first in a parade of mammals, each bigger than the last, until the bed is full. 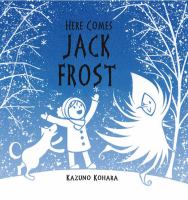 One cold morning, a lonely boy wishes for something to do. Then someone comes to play who knows what winter is all about. 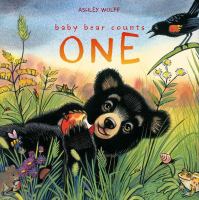 Before curling up with his mother in their cozy den, Baby Bear counts other animals preparing for winter.